An interesting week ahead for BT shareholders – Is a takeover bid on the horizon for BT?

November 14, 2021 No Comments 3 Mins Read
Table of Contents
Background
What’s the latest news?
Why is BT so lucrative?
My position in BT
Conclusion

When Telecoms tycoon Patrick Drahi owned Altice UK became the largest shareholder of British Telecom (BT.A), speculation was he would try to acquire the company in future. Altice UK bought a 12.1% stake in BT, worth about 2.2 billion pounds, on 10th June.

However, due to the regulations (so far, I understood), Drahi could only bid before December if the second-largest shareholder Deutsche Telekom submits the bid first.

There was no bid from Deutsche, but a few pieces of news kept BT share price going up and down.

When Sky started talking about investing in Virgin Media O2’s plan to extend its network by 80% of the country or 7 million premises in the coming years, BT share price dropped by 8%.

On the other hand, BT share price rose when it confirmed that it had delivered its 1 billion pound cost savings 18 months ahead of March 2023 earlier this month. End of October, hostile bid speculation started again when BT hired Robey Warshaw, an advisory group, to strengthen its defences against a possible takeover bid. I guess you don’t need to work out much who it could be!

On Friday, Reuters published that Drahi is looking to increase his stake in BT to increase his influence, according to three sources. He will be free to buy more stake in the company on 11th December.

I am expecting BT share price to fly tomorrow (15th November) when the market opens. The latest news pattern is getting clearer (and I also firmly believe) that Drahi plans to launch a bid to acquire the company in December.

Why is BT so lucrative?

Due to uncertain economic conditions, pension deficit, high level of debt (total liabilities – £39.20 bn), and other factors, BT share price has dropped 15% and down about 46% over the last five years.

Its Price to Earnings (PE) ratio is only 15.8, compared to 22.5 of the European Telecom industry average.

BT also resumed paying a dividend to the shareholders 18 months after scrapping it to spend the cash on its fibre rollout program. It would pay 2.31 per share (ex-dividend day is 30th December). It plans to introduce further dividend payments.

BT is also offloading BT Sport to DAZN to concentrate on the core broadband business. It confirmed that the rollout costs are lower than previously thought, and demand is higher than expected. It signed ten communication providers who use Openreach, including Sky and TalkTalk, to its Equinox long-term full-fibre pricing plan.

My position in BT

I bought and sold BT shares a few times in the past. However, I took a position in BT in March 2020 when Rishi Sunak announced 5 billion pounds to roll out “gigabit-capable broadband across the UK.

My average buy price was 150.11p which means I am currently sitting on around 11% profit. I think Simply Wall St’s 408p fair value is too high. However, I agree with Morning Star’s valuation of 200p – that’s reasonable.

Currently, it is hard to find any fairly valued stock in the market, let alone an undervalued one. A takeover or not, I will be holding BT as one of the core stocks in my long-term portfolio unless something drastically changes. I might also consider topping up my position, depending on how the market reacts next week.

Warning: I am not a certified financial advisor. I wrote this article based on my own opinion, and it should be considered for educational purposes only. 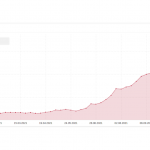 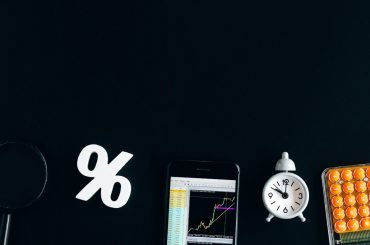