The spike in coronavirus deaths, shuffle in the UK government cabinet with the chancellor of the exchequer’s resignation and the eurozone growth slow down were the main talks of the town during the week.

My share trading portfolio dropped slightly this week, just 0.20%, performed better at the FTSE 100. Evraz (Lon: EVR), Smith & Nephew (Lon: SN.) and Meggitt (Lon: MGGT) – all dropped by more than 2% week-on-week. I feel there is an opportunity to invest in suppliers of HS2 after reading about the news. I dug some old articles on late night Monday and took a punt on Kier Group (Lon: KIE) on Tuesday morning. Its share price has dropped by 80% in the last 12 months due to all the PFI scandals.

Anyway, I thought there is no way, Kier will drop further as over the last few weeks the share price was going up. By Friday, the price was up by more than 20%. I went against my gut feelings and sold Kier Friday late evening.

Earlier this week Plus500 (Lon: PLUS) released its robust preliminary results on 12th Feb – however, there was no visible change in the day-to-day price. However, on Friday, it dropped sharply due to a downgrade by Berenberg, from “BUY” to “HOLD”. I took the opportunity to top up my Plus500 position using the investment and profit from Kier sale. Plus500 has better stability and offers a high 5.72% yield.

On the other hand, my SIPP profile dropped more than 2% WoW due to BP (Lon: BP) ex-dividend date and GSK’s (Lon: GSK) restructure uncertainty.

I didn’t do any trading on my Freetrade portfolio last week. However, I received two free shares of Perpetual Income & Growth Investment Trust (Lon: PLI) and Boohoo (Lon: BOO) from Freetrade. I published an article earlier today about my personal experience with the app and why I am referring it to my friends.

By the end of the week, my Freetrade portfolio is up by £25 (about 3%), from £12. Microsoft (NASDAQ: MSFT) dropped midweek after Amazon managed to block the JEDI project. A judge has temporarily halted work on the JEDI contract until the court can hear AWS protest.

The former Woodford Income Focus is set to re-open on Thursday under new management after a four-month period where investors have been unable to buy or sell their holdings. Aberdeen Standard, which has taken over the running of the £253 million fund, has now laid out its new investment principles, revealing its top 10 holdings and fee structure.

In a quick glance, you can see how much risk Woodford was taking with investors money. He went for high dividend AIM stocks which ultimately crashed his success to the ground. However, ASI Income Focus has a diverse portfolio with stable and secured stocks. It is good to see Mondi (Lon: MNDI) and Babcock International (Lon: BAB) in the list, they are in my “wannabuy” wishlist.

My Kier gamble went very well last week, and it brought me a quick 20% profit. It shows the benefits of taking a calculated decision by staying well informed. What are your investment strategies? Which are your favourite companies, and why?

I welcome you to share your opinion, advice and tips with our fellow readers and me.

Free shares from Freetrade – Its tiny but full of fun! 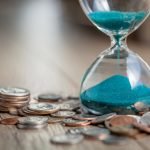