Coronavirus is everywhere. It has almost spread to every country, and has captured almost every headline – there is not much else to talk about right now. It has turned the whole world into a Zombieland. Governments, starting from the Italian government, are closing their borders, banning large gatherings, closing shops, schools, and cancelling sports tournaments to stop the spread of the virus. Meanwhile, every single stock index has been dropping and reached the lowest in decades in the last week.

Here are some of the top news items from the financial market that caught my attention last week:

All my positions are at rock bottom and dropping every single day. As I have mentioned multiple times, we should stop checking and thinking about our portfolios right now. It will likely make your blood pressure higher and you might make a wrong decision; like selling your position at a loss. Apart from the coronavirus crisis, Metro Bank is suffering from other internal and external issues. That is one of my nightmares, and keeps me awake at night!

I am optimistic about the future of the bank and its stock price.

Evraz (Lon: EVR) and Lloyds (Lon: LLOY) are mainly suffering from US-China trade deals and BREXIT issues respectively. I believe that US-China and UK-EU parties will have much softer tones at the discussion table after the coronavirus calamity. It will be much easier to reach bilateral deals quickly.

Ah… I totally forgot to “re-mention” the crybaby argument between Russia and Suadi Arab over oil production. My Shell (Lon: RDSB) and BP (Lon: BP.) positions dropped massively (and up slightly) last week. Once big brother the USA will rebuke the parties, they will start behaving. I am guessing this will happen sooner than everyone is expecting.

I could not stop myself from buying BT (Lon: BT.A) shares earlier this week. I believe the BT share has a great future ahead of it after Rishi Sunak announced £5bn of public money to help spread “gigabit-capable” broadband ISP networks across the UK by the end of 2025. Openreach, owned by BT, holds the most contracts to put the fixed line “superfast broadband network” worth £1.8bn. There are several other broadband-related activities where BT will get the money that the government has promised.

My Freetrade portfolio is holding out much better than the other two portfolios. I am building the portfolio based on the US tech shares; I already mentioned IBM (NYSE: IBM), AMD(Lon: AMD), Coca Cola (NYSE: KO), JD.com (NASDAQ: JD), etc. Unfortunately, this is the tiniest in portfolios.

My colleague Grace Kindred was very interested to learn more about investing and personal finance. Earlier last week, I referred her to open a Freetrade account. Using my referral link, she received a PayPoint (Lon: PAY) share, worth £7.6862, and I received a Blackrock World Mining (Lon: BRWM), worth £3.072.

So, that’s my third free share for introducing my friends and colleagues to Freetrade. Smart, huh!

Last week, I received my first dividend in this portfolio, for International Business Machines (NYSE: IBM), whose current dividend yield is around 4.6% annually. I would like to top up JD.com in the coming months as the coronavirus situation has started to get better in recent weeks.

Additionally, I am keeping an eye on the Disney share price after reports stated that the company has shut SeaWorld and other theme parks, and ad revenue will drop massively due to postponing the NFL and other sporting events.

In my last article, I mentioned that I am working to diversify my passive income by starting two new side hassles. Both of them are digital projects handled by two groups of friends whom I have known for a long time. Here is a short update on the projects:

The Spanish government has announced a lockdown on Saturday to prevent coronavirus from spreading. I am sure many government agencies will follow the same, including the UK government. The situation will surely get worse before it gets any better. I just came back from grocery shopping and was depressed to see empty shelves everywhere. Staying healthy seems to be the most pressing issue at the moment. I would advise everyone to follow doctors’ guidelines and stay safe. One of the best things we can do to stop the spread of the virus is to wash our hands regularly. I wish you good health and an amazing future. 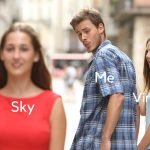 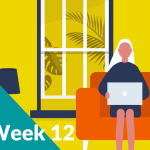 Week 12: Stay home, stop panic buying and have some empathy