Week 12: Stay home, stop panic buying and have some empathy

It was another very upsetting and stressful week. The number of deaths is rising at an alarming rate in Italy, Spain, and other European countries. This week, the total deaths in Italy exceeded those in China, and the bad news is that deaths are rising faster in the UK than Italy. It is normal to panic, but panic buying is making the situation worse. Supermarket shelves are empty; from toilet roll to bread. It is a particularly stressful time for the elderly and vulnerable people when the government is asking everyone to go into self-isolation for an indefinite time, and there is nothing left to buy in the shops.

Ah… what a week we’ve just had! So many news items and topics to discuss, that I can only talk about a few of them.

Both of my portfolios recovered their losses on Friday, and actually outperformed the market this week. I saw investors rejoice after the European markets rose in different groups and message boards. I don’t think pumping money won’t be a permanent solution. It will keep every week until we are free from the coronavirus (and a possible recession).

My Freetrade Portfolio was the worst performer out of all my portfolios. PLI, Coca-Cola, Boohoo, Microsoft and International Business Machines (IBM) – all performed poorly last week.

JD.com (NasdaqGS:JD) announced a share repurchase program, with the aim of repurchasing up to $2,000 million worth of its shares. The repurchase program will be valid for the next 24 months. If the coronavirus situation in China keeps improving, JD.com will recover from this dip soon. Disney+ announced a streaming service for the first week of April, for £5.99 a month or an annual subscription fee of £49.99. It says it will stream at a slower speed to reduce congestion on the broadband networks. Disney+ will face tight competition from Netflix, Amazon Prime, Google’s YouTube etc.

Walt Disney share price was at the same level in August 2014. It is looking very tempting right now. Let’s see if we have any announcements coming from China regarding the closed amusement parks.

I was totally shocked to read that Brits have spent £1 billion on food in just three weeks to stockpile at home – that’s ridiculous. In a developed country like the UK, I don’t think anyone is likely to die of hunger. I am sure the government will do everything to keep the food supply running. I visited my local Tesco Superstore on Friday, and it was totally empty. We need to stop this idiotic behaviour. Don’t buy unnecessary stuff, please! Also, we need to stay at home, as advised by the health professionals. Young people have a better survival rate than the elderly, but that does not give them the right to spend time outside, where they actually risk spreading the virus to others, especially to the vulnerable and elderly. 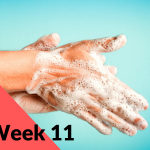 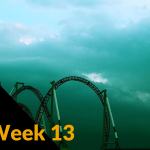 Week 13: Hold tight and the ride will be over soon… I hope