It was a short and positive week for many of the investors. Good news started coming from Asia, the markets were up, and portfolios recouped some of their losses. I heard many small private investors advising us to keep buying stocks. It’s always good to “buy the dip”, but we should always remember not to exhaust our capitals too early.

A number of positive news pieces pushed the global markets up last week. While the number of deaths in some countries, including the USA, UK and Belgium, is rising every day, numbers in Italy, Spain, Germany and Iran are showing improvements. Although it is hard to believe what the Chinese government says, I just hope that the death number is as close to zero as they say.

It was a great week for me, like many other small private investors. All my portfolios were up week-on-week, and I am feeling cautiously happy. While my main portfolio was up by 17%, my SIPP portfolio saw only a 2% gain in the last week.

Legal & General’s share price was up this week after the insurance provider vowed a £750m dividend despite BoE warning. Over the full year, the dividend payouts will amount to more than £1bn. Other insurers, including Aviva, have already cancelled their dividends. LGEN’s ex-dividend date is on the 23rd of April, in 10 days time. The share price might go much higher than the dividend payout amount this week looking at the board’s confidence. So if you are looking to buy after the ex-div dip, you might regret it!

My Freetrade portfolio performed well, too. IBM, AMD and Coca Cola shares were up by more than 10% in the last week. IBM outperformed the S&P 500, and tech-heavy Nasdaq, moving up 1.85% and 14% on the last working day and week-on-week respectively. As mentioned in my previous posts, I am still hoarding cash to face a possible recession. I also believe that the market will suffer longer than everyone expects. So, I decided to put smaller positions on my Freetrade portfolio. Here is a list of four companies that I invested in:

Before the pandemic, Bidyanondo used to run a campaign called “1 Take Meal” which refers to “food for a single penny”. Under this program, hundreds of children living on the street get regular meals in exchange for one taka (equivalent to .0095 pound sterling).

Now it is one of the few charities helping the poor and low-income families in Bangladesh. They have been distributing ready meals and reliefs in different parts of Bangladesh. I have recently donated to their fund.

You can use your debit and credit card to pay money into its PayPal account support@bidyanondo.org. If you have some money to spare, please consider contributing to this timely initiative. Let me know if you need any assistance.

I hope that you had a wonderful Easter with your families, despite all the terrible news around us. Please hold tight and stay home thinking about the safety of your family. I have been talking to my family and friends on a daily basis, which helps to reduce my stress levels. Take this opportunity to spend quality time with your loved ones. If they are far away, you can use Facebook, Skype or Google Hangouts. 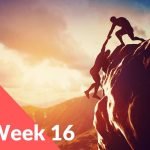