A long time ago, I used to write about SEO in Bengali. It was one of the most popular blogs in Bangladesh. I continued writing it for more than three years before stopping it due to my busy work life. However, I have recently started posting weekly articles again. After writing about the Bangladeshi charity in the previous article, a number of readers reached out to me about the donation, and some readers have sent me emails about starting their own investment portfolios.

I consider every response I receive, a success, and I truly feel honoured and humbled.

The market in the UK is down -1.4% over the past 7 days with the Oil and Gas industry down -10.9%. My Portfolios underperformed the market down an average of -2.3%.

As mentioned above, two of my portfolios dropped slightly higher than the UK market due to various reasons, specifically the drop in oil prices in the last week. UK Oil and Gas shares dropped sharply by about 10.9% week-on-week. Both of my portfolios, the main portfolio and the SIPP account felt the heat and dropped by 2.7% and 1.7% respectively.

Last week, my Freetrade portfolio was up by only 1% as my gamble on Tullow Oil (LON:TLW) didn’t go as I expected. However, it is a small punt, and other shares managed the loss well. My other two investments from last week performed well.

Both William Hill (LON:WMH) and Bristol-Myers were top performers in my Freetrade portfolio. While researching US pharmaceuticals, I decided to invest in AbbVie Inc (NYSE: ABBV). It not only produces HIV/AIDS drugs but also holds the patent of Kaletra which might have become a cure for COVID-19. It also acquired Irish-based Allergan plc, which develops, manufactures and markets aesthetic treatment solutions, famously known as Botox. I am sure the demand for Botox will skyrocket after the lockdown.

After purchasing the AbbVie shares, I had a few quid left in my Freetrade account. Instead of keeping the money idle, I bought some Pfizer shares. After the last two weeks of investments, Heath is the third biggest sector (22%) in the portfolio. Technology (29%) and Entertainment (24%) are at the 1st and 2nd position respectively.

One of my friends called me 1am last night and told me he has been following my blog for a while, and he is now ready to invest. Wow!

He said that before reading my blog, he had no idea about investing in shares. It made me laugh when he said he thought he would need thousands of pounds to buy shares. I said to him that you could buy a share instead of a cup of coffee. Further, the caffeine hit would last for a maximum of three hours, while the share will be yours forever. He has already opened an Investment ISA with Freetrade and placed a number of orders, as He could not wait until Monday.

Damn! I am an awesome motivator, right?

Let me know if you would like to start investing, too. I will help you as much as I can. Also, don’t forget to leave a comment for a Freetrade referral link. You would get a free share worth up to £200.

As I briefly touched upon at the beginning of this post, I was actually surprised to hear that readers came forward to donate to the Bidyanondo charity I mentioned last week. I have been following their activities on Facebook regularly, and every day they significantly increased their efforts to help the needy. However, in their last few statuses, they have mentioned that they haven’t met their targets. They were planning to prepare food for 22,000 people, but only managed to prepare food for 16,000. They are now trying to save money to arrange food stock for the month of Holy Ramadan, during which Muslims fast from sunrise to sunset in the name of the almighty.

I would again like to ask my readers to consider donating some money to the charity in this difficult time.

According to today’s coronavirus update, there has been a significant drop in the number of deaths in the UK.

Amen! What a piece of good news it is!

I hope the number will keep dropping and we will get our normal lives back soon. Until then, please take care of yourselves, stay home, and stay safe. 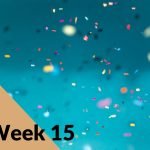 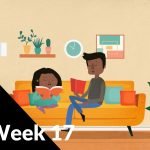 Week 17: It’s not too late to learn something new