I am sure you are as excited as I am that the lockdown is gradually coming to an end. Boris Johnson is expected to announce his strategy for easing the coronavirus lockdown, hoping to pave the way for a swift economic fightback.

Last week I was busy redesigning my website. I hope you will now find it easier to navigate, with a better colour schema, faster load time for mobile devices, and finally, larger images for a better view. I am grateful to Hasin Hayder for helping me with some of the coding issues, and Terry Vaughan and Steven Coverdale (both are from the UK Stock Market Investors Club group) for giving their honest feedback.

The UK market  was up 2.1% over the past 7 days with the Oil and Gas industry up 4.9%. My portfolios outperformed the market at an average of 3.6%.

Due to time constraints, I hardly had the time to study and write a detailed article this week, so  I will keep it short and simple.

My portfolios are recovering nicely, both of them were up by 3.8% and 3% last week. As I already mentioned, both portfolios outperformed the UK market. Let’s look at some of my positions’ weekly updates.

My Freetrade portfolio was also up by 3.3% last week. Thanks to JD.com and other tech companies, the whole portfolio is up by more than 3%.

I have been working in website development and search engine optimisation for a while, and have worked for a number of the world’s top brands for several years. Fortunately, the pandemic has not interrupted my day-to-day work, and I am able to continue my work full-time from home.

I know it’s not been an easy time for many of us. Some have had to take either a pay cut or have been furloughed by their employers. If you are a freelancer, it is even worse.

This weekend I decided to dedicate my free hours to help others. If you are planning to set up a website to promote your business, or the website is not performing well, please leave a comment or use the contact form. I can give you some useful suggestions and resources.

It would be 100% free of charge, no strings attached.

I am sure lockdown will be relaxed soon, but we should not get complacent about coronavirus just yet. Please keep maintaining social distance and stay home as much as you can. Your safety is in your hands. We are very close to victory and we can’t lose the battle now. 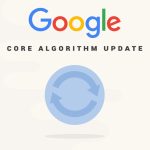 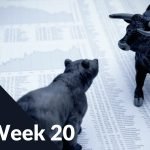