Finally, we are on the edge of easing the lockdown. According to the government announcements, shops and businesses could start their activities as long as they maintain social distancing. Although the government’s own scientists warned against the decision, I can see why the government is desperate to do so. Now it’s totally up to us, how we look after ourselves and stay healthy.

I have been suffering from an eye infection since Tuesday. It is very uncomfortable staring at the screens, reading and writing. I will try to keep the article short and very specific.

The UK market was up by 2.5% over the last 7 days while the banking industry was flat. My portfolios once again outperformed the market, up by an average of 3.2% last week.

Unfortunately, I believe that we are going to see a mass of job losses near the end of the scheme.

My main portfolio, hosted on IG.com, was up by 3.9%, while the SIPP portfolio was flat, only increasing by 0.6% last week.

My Freetrade portfolio was up by 3.2% last week, thanks to JD Sports, Bank of America and William Hill.

Last week, I mentioned that I was getting frustrated with the Freetrade platform because of a number of reasons, and was going to try the Trading212 platform. I opened an account on Tuesday and topped up my account. Both the website and mobile app have a lot of company information and trading data compared to Freetrade platform. Freetrade excels in simplicity, while Trading212 offers more options and better flexibility.

I used a referral link and received a free Under Armour (NYSE:UAA) stock. If you are still confused about choosing a trading fee-free platform or already using Freetrade app, you might want to try Trading212, too. Consider using my referral link to get a free share, worth up to 100 USD / 100 GBP or 100 EUR.

It is still the early days of my journey with Trading212. I will keep updating you with my experiences.

Despite a number of dividend cancellations from top companies, I am still eligible for some dividends. My ultimate goal is to build a dividend-rich portfolio of investments for a secured future. So I decided to talk about the upcoming dividends (if any) every week.

I will be following this list of reports taking place next week. For more information, check out the London Stock Exchange, NASDAQ, and other stock exchange websites.

Recently I came across a post from a Facebook group member, stating his dire investment losses. I was very shocked as I remember him planning to invest in NASDAQ blue-chip companies just two months ago. Upon asking, he mentioned that he opted out for a number of high-risk coronavirus-related stocks, and all of them are currently in Red. He showed his investment portfolio, and I have no idea about many of the stocks. I only heard about just two of the companies.

This is why it is important to plan an investment strategy and stick with it. A high-risk investment can go both ways, and we should never invest in risky investments that we can’t afford. 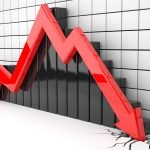