The market opened in a positive mood on Monday, and FTSE 100 was almost 3% up at the end of Thursday trading. However, it fell back to red due to the news of further coronavirus spread throughout the world, the European and Chinese market slowdown, etc.

The coronavirus is still spreading fear in the financial world. While the Chinese government is struggling to reduce the number of affected patients, there are some new cases found in other parts of the world.

A Japanese cruise ship, The Diamond Princess, reported quarantined in Yokohama for the last two weeks, found 61 positive cases according to the latest report. An American citizen diagnosed died in China, and a patient from Brighton admitted to the hospital in London after falling sick. He recently came from Singapore.

The Chinese and financial markets are predicting a slowdown in its economy in the first quarter, depending on when it might control the outbreak. The market has reacted positively after China said it would halve tariffs on more than 1,717 US products. The cut on levies will be introduced on 14th February, which is the day the US is set to reduce tariffs on $120bn worth of Chinese imports. News from German and French industrial slowdowns also contributed in Friday’s drop.

My share trading portfolio improved by 1.87% week-on-week. However, the rate could have been much higher – Royal Mail (Lon: RMG) dragged it down big time this week after it’s Nine-Month 2019-20 Trading Update on 6th February.

Here is the RMG story.

It was a good week for both Evraz (Lon: EVR) and EasyJet (Lon: EZJ), they saw much-needed recoveries until Thursday but dropped Friday slightly.

Defence stock Meggitt (Lon: MGGT) dropped about 2% WoW, although I didn’t see any news surfacing which can be related to the movement. It is one of my most stable holdings, and I might consider a top-up if it drops further.

Love him or loathe him, Sir Martin Sorrell is your guy if you are looking for growth. Over 30 years, he made WPP (Lon: WPP) the biggest media agency in the world. Now, he is replicating his success with S4 Capital – this time, he is taking a different approach, and he is right in my opinion. AdAge published an interesting interview with Sir Martin.

My SIPP portfolio didn’t perform as well as the share dealing account. British Petroleum (Lon: BP) is up by more than 3.5% WoW after it’s 4th quarter and full-year update on the 4th February. Both quarterly and full-year profit dropped compared to the previous periods due to the market. However, the net debt has fallen, and it would make lesser payment to the Gulf of Mexico spill damage. In the same time, it has also increased the dividend payment by 2.4%, to 10.5 cents.

On the other hand, GlaxoSmithKline (Lon: GSK) share price continued dropping throughout the week, which started last week; it almost dropped by 5% this week. British American Tobacco (Lon: BATS) is up this week; it also paid the quarterly dividend on the 6th February. Currently, it is paying 203p annually, which has one of the highest yields of FTSE 100 companies.

I have continued adding tiny amounts to my Freetrade account and buying the US stocks. I prefer technology companies as I understand the industry due to my background and interest. “I should not invest lumpsum in the US stocks until I master FTSE” – says one of my friends. I am following his wise words. Many top investors are predicting an end of the bull market soon – a crash in the US share market in layman term. I would stay away from teasing my luck for now and only concentrate on my FTSE portfolio.

I bought two of each IBM (NYSE: IBM) and Microsoft (NASDAQ: MSFT) shares on Monday and Friday respectively. My other stocks in AMD (NASDAQ: AMD) and Coca-Cola (NYSE: KO), are performing well week-on-week. They are up by 2.6% and 4% respectively.

I will keep investing next week, too. I am considering taking a small position on Facebook (NASDAQ:FB), as the price dropped more than 9.5% two weeks ago after its earning update and privacy concerns. Although it has recovered in the last two weeks, I believe that it would reach an all-time high (just 4.9% away) very soon.

If you are new to investing or afraid of losing money, you can start with tiny amounts using Freetrade account. It has no fee for delayed and just £1 for an instant transaction. You can also get a free share if you use my referral link to open a Freetrade account.

It looks like the US trading app, Robinhood is set to launch in the UK, its first international market, early part of this year. A report by Financial Times, says that more than 60,000 UK users have already signed up for an account.

Whether you like to forget coronavirus or not, it is here to stay for a while. So I would keep monitoring the market as previously discussed. Instead of looking at the daily or weekly drops, I am focusing on the bigger picture and investing in solid companies to strengthen my dividend growth portfolio.

What are your investment strategies? Which are your favourite companies, and why? I welcome you to share your opinion, advice and tips with the fellow readers and me. 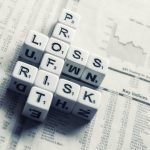 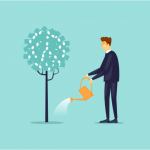 Free shares from Freetrade – Its tiny but full of fun!